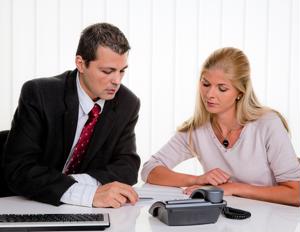 The U.S. Tax Code is lengthy and complex, which may be one of the many reasons that some Americans fail to understand their filing obligations or make common mistakes when they submit their information. This can lead to errors that can jeopardize individuals' refunds or result in audits from the Internal Revenue Service.

Some tax filing mistakes are more common than others, and individuals should educate themselves on their responsibilities in order to effectively prepare throughout the year and work with a tax preparer to ensure their returns are processed correctly. In many of these instances, tax issues may have been avoided through consumer education and working with a tax office.

For example, high unemployment rates have resulted in many Americans taking on independent contractor positions, freelance jobs or starting their own businesses. In these cases, particularly in regards to freelancing opportunities, employers do not withhold payroll taxes from individuals' paychecks. Instead, workers are responsible for deducting these amounts from their paychecks and making quarterly estimated tax payments to the IRS. Failing to do so can leave them stuck with a sizable tax bill in April for amounts that were not paid throughout the year.

Thoroughness and accuracy are crucial to claiming deductions
Another common mistake people make is failing to keep receipts, invoices and other documentation that support deductions and credits. Certain benefits, while valid, can attract more attention from the IRS if deduction amounts are large. These may include write-offs for home offices, travel and entertainment expenses and charitable contributions. Should the IRS come knocking, it's imperative that individuals have records to back up their benefits to avoid a lengthy audit and being denied the deductions for which they qualify. Individuals should keep in mind that even though they may have legitimately claimed a benefit, there is a risk of it being denied if they can't produce records.

Lastly, people may miss out on bigger refunds if they provide inaccurate or erroneous information on federal documents. A recent article in LearnVest highlighted the plight of a taxpayer who listed two dependents on his return. He had incorrectly listed the date of birth for one of the dependents, and provided the wrong contact information. After failing to hear from anyone for several weeks, he contacted officials who told him that they had been trying to contact him, but were unable to do so. He was ultimately only able to claim one dependent instead of two, which led to a loss of nearly $1,100.

Liberty Tax Service® (NASDAQ: TAX) has prepared over 2 million tax returns in 2012 alone and has over 3,000 offices in the United States and Canada. As the fastest growing tax franchise ever, Liberty Tax®'s total revenues grew to $109.1 million last tax season. Liberty Tax® stands behinds community enrichment efforts by sponsoring various non-profit organizations and urging their employees and franchisees to give back to their communities.