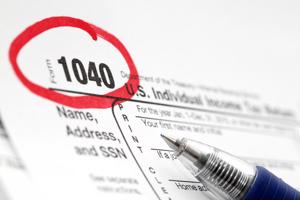 The government shutdown may be over and federal operations have resumed, but many agencies are still reeling from the effects of the suspension, including the Internal Revenue Service. As a result, the agency recently announced that the start of the 2014 tax season will be delayed by approximately one to two weeks.

The IRS said the delay in the tax season will give it enough time to program and test tax processing systems following the 16-day government closure. However, it's important for individuals to understand that this postponement will not affect the deadline by which their returns are due, which is April 15. Instead, the delay relates to the period when the IRS will begin processing Americans' documents.

The original start of the season was slated to be January 21, 2014, as many consumers will have received W-2s, 1099s and other critical forms that enable them to complete their returns. However, as many workers were furloughed during the government shutdown, necessary testing and programming of tax processing systems - which are critical to managing the more than 150 million returns the agency receives each year - was not completed.

Furloughs put the agency behind
The agency noted that roughly 90 percent of its operations were closed during the shutdown, with some major processes suspended entirely during this period. As a result, the IRS fell behind by nearly three weeks with regard to preparing for next year's tax season.

"Readying our systems to handle the tax season is an intricate, detailed process, and we must take the time to get it right," said acting IRS commissioner Danny Werfel. "The adjustment to the start of the filing season provides us the necessary time to program, test and validate our systems so that we can provide a smooth filing and refund process for the nation's taxpayers. We want the public and tax professionals to know about the delay well in advance so they can prepare for a later start of the filing season."

The government said it will begin accepting and processing returns no earlier than Jan. 28 and no later than Feb. 4.

Although the IRS will delay tax season on its end, Americans are still encouraged to meet with tax preparers early on and start organizing their documents. Doing so may enable them to take their time, rather than rushing to submit forms at the last minute. This may help them mitigate common mistakes, while also increasing their chances of receiving their refunds more quickly.

Posted in: In the News