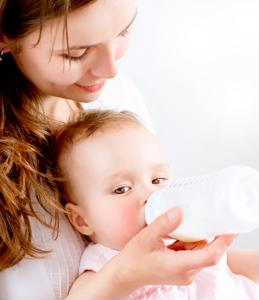 Each year, thousands of people adopt children from both inside and outside the United States. This process can be one of the most meaningful experiences new parents undergo, but it can also be costly. The Internal Revenue Service currently offers a tax credit to help offset some adoption expenses, but the benefit has undergone a number of changes in recent years that households should be aware of before submitting their returns.

The Adoption Tax Credit applies to various types of adoptions - such as international, domestic private and public foster care - with the exception of those relating to stepparents. The benefit covers a number of qualifying expenses that include meals and travel to and from the child's location, paperwork processing, legal fees, court costs and, in the case of international transactions, re-adoption fees. In order to qualify, an eligible child must be under 18 years old, or be physically or mentally incapable of caring for himself or herself.

Congress enacted changes in 2013
The credit was made permanent in 2013, but there is a key change that taxpayers who plan to claim it know about. For 2010 and 2011, the benefit was refundable. This means that if a household qualified for it and did not owe any tax liabilities, they would have received the credit in the form of a refund. For 2012 and onwards, however, the adoption benefit is non-refundable.

These timelines may change dramatically for those adopting children internationally. As foreign adoptions may be a little trickier, working with a tax preparer to help clear up any confusion is advised.